The story of the Hurricane 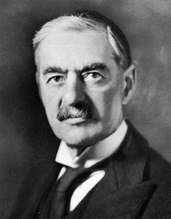 Peace in our time.
In the last days of piece in Europe in 1938 the Prime Minister of Briton Mr Neville Chamberlain returned from Berlin, after Hitler had agreed on paper not to pursue his aggressive expansion across the continent. Chamberlain proclaimed to the press holding the treaty "Peace in our time."


It has been said many times now that Chamberlain was a fool to believe Hitler, however unknown to the Nazi Government in Germany and most of the people of Briton a project had been in motion sense 1936, The Shadow Factories.

In secret meetings with the industrialist of the UK the Chamberlain government  started to increase production. One of these meetings was with Tom Sopwith, who was requested to produce 200 Hawker Hurricanes in secret. When the war started in 1939 there were 500 Hurricanes ready, Briton was now in a better position (not the best) to defend its self.

The Few
"Never, in the field of human conflict, was so much owed by so many to so few." Sir Winston Churchill
The Battle of Britain ﻿started in 1940 and went on for nearly four months In that period the Hurricane was know as the work horse of the RAF and out numbered the Spitfire 2 to 1. The most kills of the Battle of Briton was given to the Hawker Hurricane. It was not as fast as the Spitfire but was faster to turn out, it was also flown by every allied service except the USA  and even against the Soviet Union by Finland.

Sydney Camm and the Hurricane 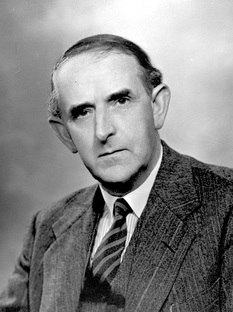 Sydney Camm
Born 5 August 1893, Windsor, Died 12 March 1966 (aged 72) Richmond, London
The designer of the Hawker Hurricane was Sydney Camm who first met Sopwith in 1915 as a teenager.  He started working with Hawker Aircraft Company in 1923 and was responsible with the design of the Hawker Cygnet in 1925. He was also in charge of the design and development at Hawker Siddeley of the  Hawker Typhoon, Hawker Tempest, Tomtit, Hornbill, Nimrod, Hart and Fury.

After the war he was involved in the  Hawker Siddeley P.1127 / Kestrel FGA.  the Hawker Hunter. and the most famous (and still in service as the BAE Systems) Hawker Siddeley Harrier. Camm was difficult to work with and made certain that a mistake or problem would be loudly and swiftly punished, even if he himself caused it. The only person who Camm would never argue with or raise his voice to was Tom Sopwith. He had many Manager relived of their poisons at Hawker Siddeley and having run out of applicants Tom Sopwith gave Camm the position. Tom Sopwith junior came into the office to see Camm looking at the desk, "What are you going to do now Uncle Sid?" he asked, "Buggered if I know ." relied Camm.

Sir Sydney Camm CBE died in 1966 at the aged 72 and is buried in the same grave yard as Harry Hawker at St Pauls on the Hook Chessington, Surrey.

A cheap plane and a stubborn Air Force.

The work on the Hurricane started in 1932 during the depression and the RAF were still insisting on biplanes as the preferred type of aircraft to defend Briton. But , times had moved on even if the RAF refused to see it. Engines had become more powerful and were making up  for the maneuverability of earlier aircraft with speed. The air races  in the 1930s were an obvious sign to designers were the technology was going to go.

If you look at the design of Hawker aircraft like the Harrier and the Hart you can see were and when Camm came up with the design. As the world ground itself into a financial pit, Sid Camm had to come up with ways to develop his new idea on the cheap using what Hawkers had already. The first flight of a Hawker Hurricane was in October 1936 out of Brooklands. The Supermarine  Spitfire on the other hand had its first test flight in March 1936 and still had some design and production problems to sort out. The final problem the Spitfire had was the death of its brilliant designer R. J. Mitchell in 1937.

The Spitfires production and design problems were known to Hawker Siddeley (Tom Sopwith was on the board of many other companies)  and the Government. As the Hurricanes design was not as complex as the Spitfire it was going to be the first line of deference if or when war started. During the Battle of France (10 May – 25 June 1940) there were already squadrons of Hurricanes in France and what Spitfire there were stayed in the UK for home deference.  When London was hit by the Luftwaffe in the first wave of the Blitz (7 September 1940) much  the manufacturing capability of England including the Kingston upon Thames works of Hawker Siddeley was targeted.

However, much of the production had already been moved and an increase in supply was going to come from Canada.

Looking at what the Hurricane did during the Second world war and the men and women the built and flew it, you can not help but be impressed. The stats are remarkable and the people and work that was done with them incredible. Squadron Leader Marmaduke "Pat" Pattle, DFC & Bar, 50 .
Commander Frank Reginald Carey , 28
Squadron Leader William "Cherry" Vale DFC and Bar, AFC  20 kills
Czech pilot F/Lt Karel M. Kuttelwascher  18
Pilot Officer V.C. Woodward  14
F/Lt Richard P. Stevens  14.5
Richard "Dickie" Cork  9 and  2 shared
Czech pilot Josef František, 17
Polish pilot Witold Urbanowicz,  15
Powered by